To preview the extension in Docker Desktop, close and open Docker Dashboard once the installation is complete.

The left-hand menu displays a new tab with the name of your extension. The example below shows the Min FrontEnd Extension. 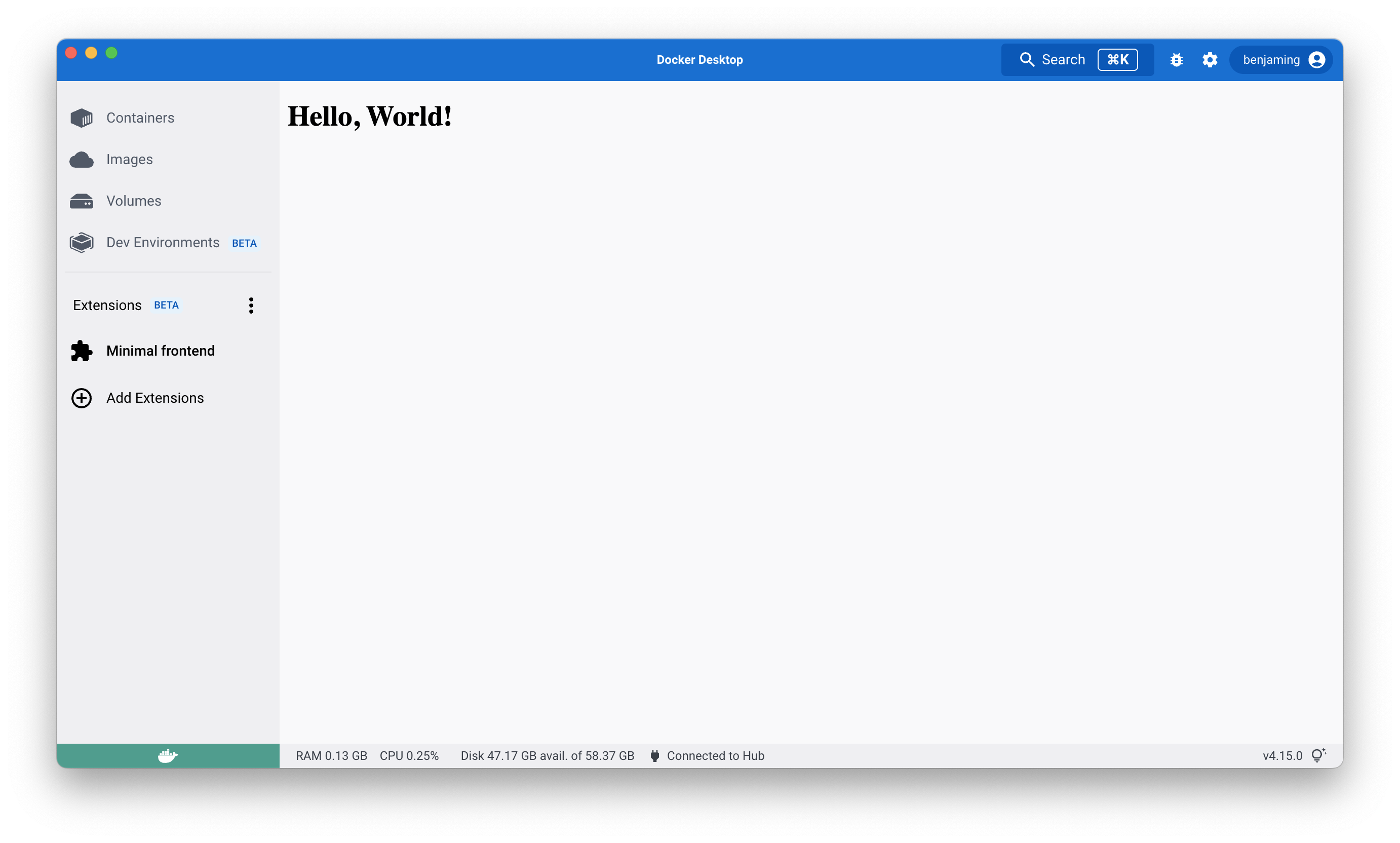 In order to open the Chrome DevTools for your extension when you click on the extension tab, run:

Each subsequent click on the extension tab will also open Chrome Dev Tools. To stop this behaviour, run:

After an extension is deployed, it is also possible to open Chrome DevTools from the UI extension part using a variation of the Konami Code. Click on the extension tab, and then hit the key sequence up, up, down, down, left, right, left, right, p, d, t.

Hot reloading whilst developing the UI

During UI development, it’s helpful to use hot reloading to test your changes without rebuilding your entire extension. To do this, you can configure Docker Desktop to load your UI from a development server, such as the one Create React App starts when invoked with yarn start.

Assuming your app runs on the default port, start your UI app and then run:

This starts a development server that listens on port 3000.

You can now tell Docker Desktop to use this as the frontend source. In another terminal run:

Close and reopen the Docker Desktop dashboard and go to your extension. All the changes to the frontend code are immediately visible.

Once finished, you can reset the extension configuration to the original settings. This will also reset opening Chrome dev tools if you used docker extension dev debug <name-of-your-extensions>:

If your extension is composed of one or more services running as containers in the Docker Desktop VM, you can access them easily from the dashboard in Docker Desktop.

To update the extension, you must first rebuild and reinstall your extension. You can then use the update command.